Frederiksværk is named after the Danish King Frederik V and the city developed around the king’s industry and the Gjethuset cannon foundry.

The city of Frederiksværk is characterised by the canal that connects Lake Arresø with Roskilde Fjord. Through the city centre, the water slowly flows, bringing nature into the urban landscape. The canal is the lifeblood of the city itself, as it has supplied energy to the industry here since the eighteenth century.

The man-made canal that runs through the town can be followed from the woods to Denmark’s largest lake, Arresø. During the summer, you can go sailing on the beautiful old wooden ship, the M/S Frederikke.

Enjoy a break in one of the city’s squares: the quaint Nordtorv, the new Valsetorvet or on the lawn in front of the city’s cultural centre, Gjethuset. The majestic building plays host to exhibitions, concerts and other cultural events all year round.

Frederiksværk is also famed for its proud landmark, the Gunpowder Works, where gunpowder was mixed, and cannonballs for the Dybbøl cannons were cast. At the gunpowder works, you can see the old water-powered machines in operation, and there are daily guided tours during the summer season.

In the industrial city of Frederiksværk, you can visit the old gunpowder works that tell the story of life-endangering work with gunpowder production. Join an exciting themed city walk during the summer season or take a wonderful sailing journey on Denmark’s largest lake, Arresø. 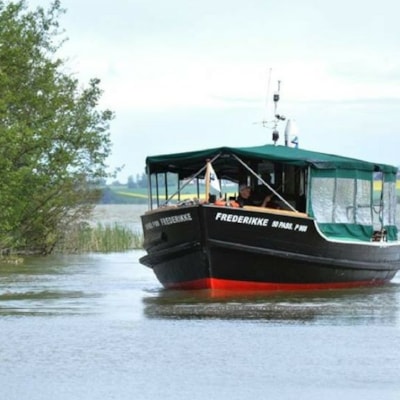 If you want to experience an unspoilt and unique scenery, then take a boat trip with the M / S Frederikke tour boat on Lake Arresø - Denmark's largest lake with an area of almost 41 km2. 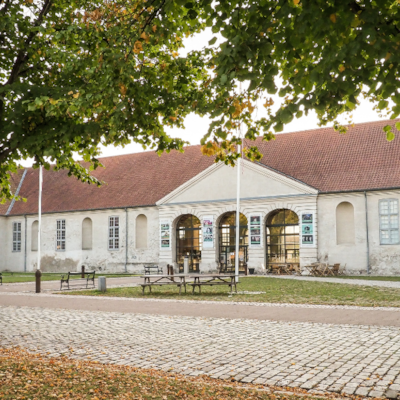 The foundry was built in 1761-1769 by General Classen as a cannon foundry and became in 1928 the United Iron Foundries.

The Gunpowder Works Museum in Frederiksværk

The Gunpowder Works Museum is an exciting attraction for both adults and children. The gunpowder mills are lined up in the beautiful landscape along the canal that runs through Frederiksværk town. 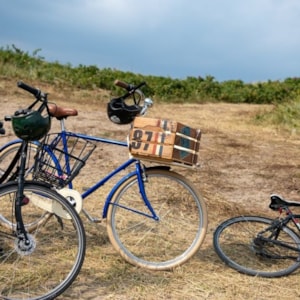 Fjordstien is a bicycle and hiking path along Roskilde Fjord and Isefjord. It gives you the possibility to experience the landscape, the nature and th...

Started by Valdemar the Great (dead 1182) accomplished ca. 1200 by Valdemar Victory.  A solid castleconstruction with moats and drawbridge near Arresø... 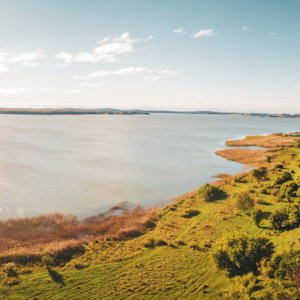 Arresø is the largest lake in Denmark, and it offers lots of different outdoor activities.

If you are hungry, you will find several good places in Frederiksværk, the hunger can be satisfied. Find both cosy cafes and restaurants.

Look here where you can get a good night's sleep in the city..and maybe feel like staying a little longer. 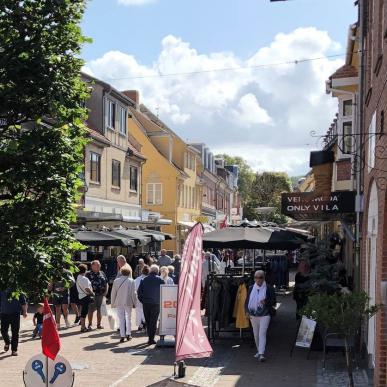 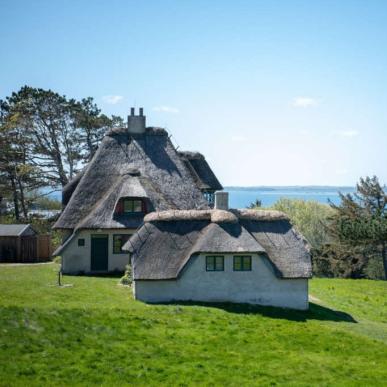 Experiences you won’t want to miss

Halsnæs is an area filled with exciting sights and experiences all year round. We’ve gathered together some of the highlights here – and you won’t want to miss them.

Three generations welcome the guests at the four-length yellow half-timbered yard in Vinderød at Frederiksværk. Here are 15 different animals and you can help feed and clap them. 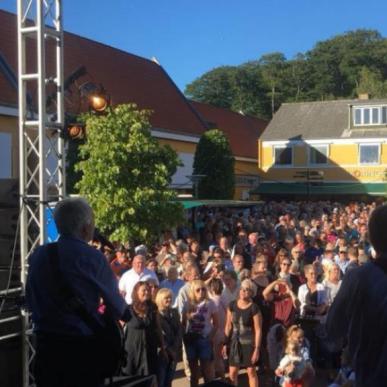 There are many beautiful places to visit in the area, but we especially recommend you stop at one of these small but charming villages. 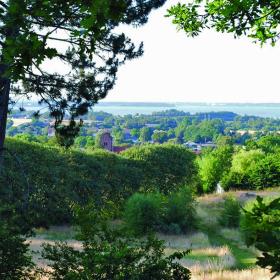 South of Frederiksværk is Ølsted. Situated amid beautiful scenery and with a view that reaches as far as Lynæs and Roskilde Cathedral. 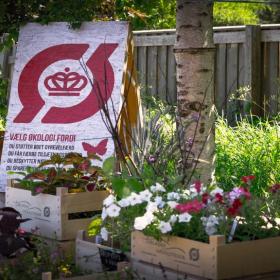 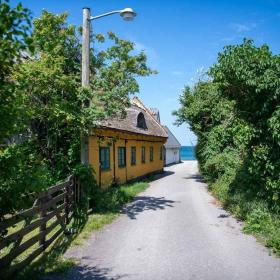 Idyllic Kikhavn near Hundested is an old fishing hamlet and village on the north side of Halsnæs in North Sealand. 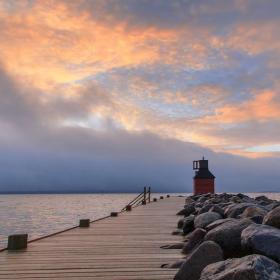 The idylic village of Lynæs

Lynæs is located in the shelter (’ly’ in Danish) of the high cliffs along the ’nose’ (næs’ in Danish) at the entrance to Isefjord, just south of Hunde...

Find opening hours at the tourist information, plan your holiday, see the map of the city, how to get around by public transport, read the large holiday magazine for North Sealand, and where to rent a bike? Get answers to this and more here. 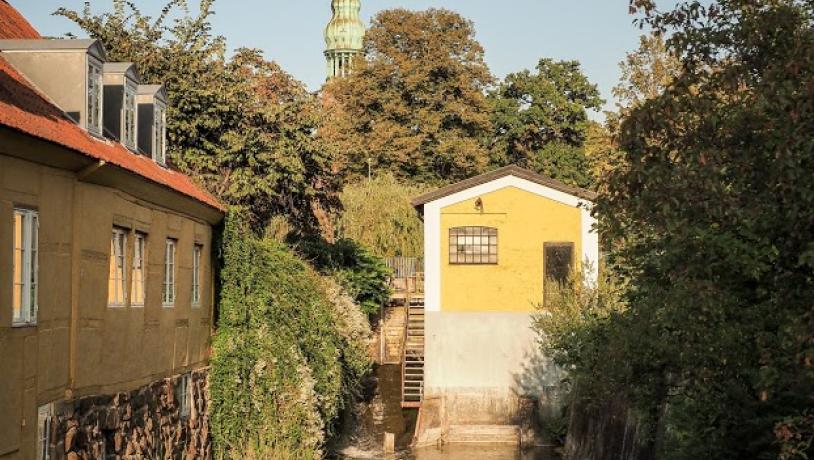