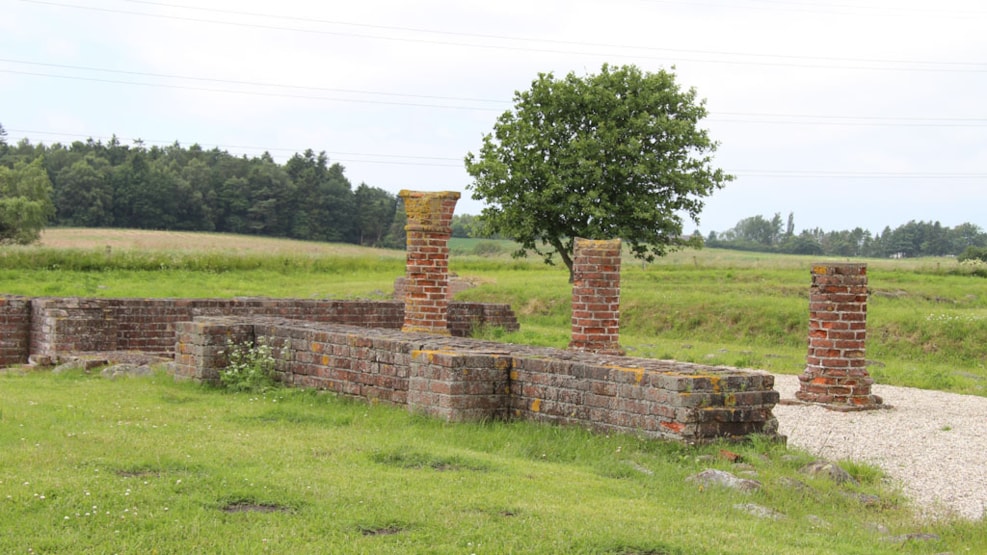 Æbelholt Abbey Museum is located 5 km west of Hillerød. At the museum, you can see excavated ruins of what was the largest Nordic Augustinian Abbey in medieval times.

The Saint of North Sealand

Approx. In 1175, Augustinian monks founded a monastery in Æbelholt. The monastery's first abbot was the legendary Abbot William, who in 1224 was canonized as Saint William. There were rumours of miracles at his grave, and throughout the Middle Ages, the sick flocked to Æbelholt. He has gone down in history as "North Zealand's saint".

Skeletons in a museum

Archaeological excavations in the 1930s-60s exposed the monastery's foundations and approx. Eight hundred skeletal graves and the sanctuary is thus among the largest Nordic medieval burial sites. Some of the tombs are displayed in the museum, which also houses other finds from the excavations. The skeletons on display testify to living conditions, diseases and death in the Middle Ages.

Adjacent to the museum is a monastery garden with over 100 different medicinal herbs. Come and learn more about their appearance, scent, effect and history.