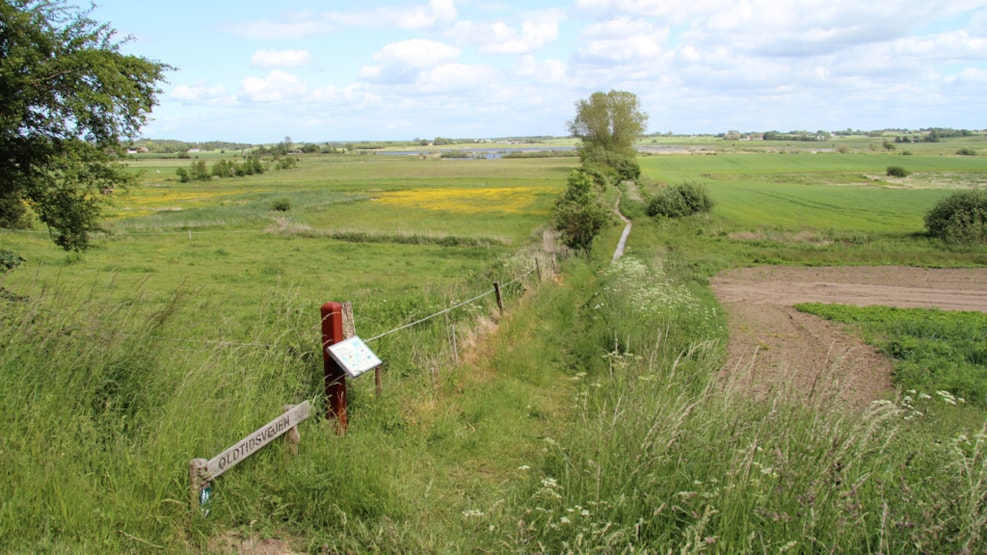 Between Tibirke Bakker and the ridge north of Arresø lies Ellemosen. It has not always been a bog before in the Stone Age, and there was a fjord that ran from the Kattegat and into Arresø, which was salty at the time. You had to sail across the fjord or walk all the way north of the fjord.

Stone Age people hunted and fished along the fjord, and many finds have been made from that time, and it is also said that there have been settlements.

At the end of the Stone Age, the water disappeared from the fjord, and the bog was formed. When the area later became a bog, the chances of making a shortcut improved and this was done by building small roads across the bog.

When many, many years later - in 1943 - people dug for peat here, they came across a stone pavement and quickly realized that it was an ancient road. And the one you can see to this day. The largest road construction is a 3-meter wide carriageway with curbs and paved with fieldstones.

When it was dug out, two bronze suit pins were found, which may have been lost by someone who was on his way across the bog. Today, the road is protected.