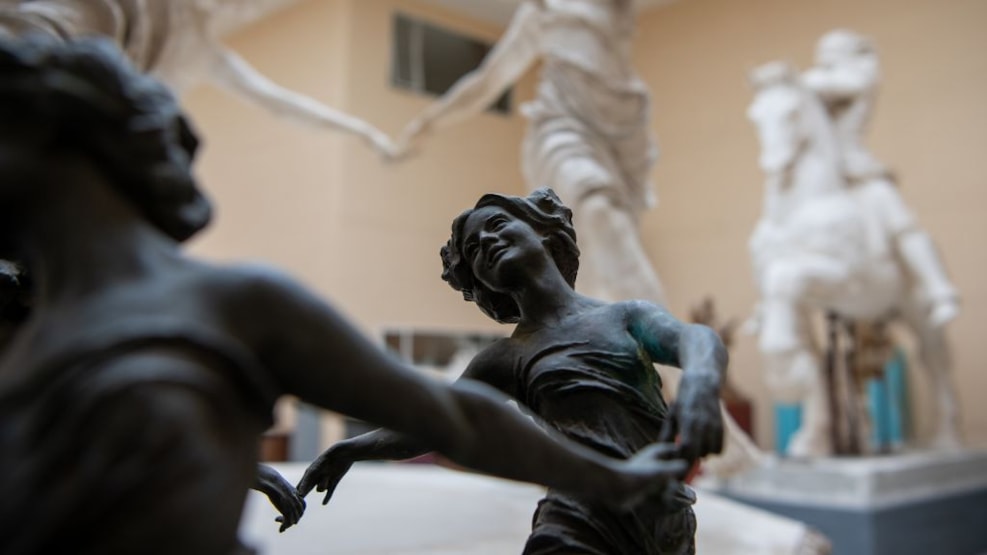 Take part in experiencing an artistic exhibition at the 'Rudolph Tegners Museum.' The focal point of the exhibition will be the human body.

What can you experience?

Heroic Bodies brings together some of the most interesting international artists of our time whose works focus on the human body. Quite ordinary, sexualized, and desired bodies. Artists who defy possible prejudices stand by the people they are and take their reality as a starting point. It's about desire and interest, but also about standing out from the "norm" without thinking about what the "norm" is. Let art reflect who you are.

Tegners has used the term Queer quite actively in our curation, so let's attach a small disclaimer to this choice. Queer, in this context, does not refer exclusively to sexuality, gender, or sexual orientation but is a dynamic human positioning outside the mainstream. And that is why this angle of life makes so much sense in the context of Rudolph Tegner's Museum. Because in his time, Tegner was not mainstream. While his contemporaries perfected a subdued neoclassicism, Tegner championed a passionate embrace of the body in all its heroic excesses. And it doesn't take two glances around the museum to see that Tegner was particularly interested in the naked body.

The trends of the time

Were Tegner's contemporaries shocked by the nudity of his works? Large parts were, but we probably tend to assume that in early times people were less tolerant of the loose and the naked than we are today. So the outrage has perhaps been more local than general. Today, it is not difficult to find people offended by nudity and eroticism. The truth is that it depends on which circles you move in and what you seek out.

Heroic Bodies is an exhibition where contemporary bodies in art appear between the bodies of Tegner and involve the entire permanent collection. In this way, we investigate whether the look has changed. Do we see the same thing? Do we see them in a different light? Light from the time that is our age? Maybe maybe not! Perhaps time stands still when it comes to the body. Maybe it's about what you use your body for?

The point is that the body is a vessel for stories, and it can be challenging to balance an expression/impression between cultural expectations and the needs of one's inner being. As such, the body is a battlefield. And Rudolph Tegner was an artist at odds with his time. The same (perhaps) also applies to many of the artists who are on Heroic Bodies. But we try. Then we'll have to see where we are going.

As a symbol of the floating body concept, the works hang on walls with wheels that we will move around between Tegner's pieces and create new synergies while the exhibition runs.