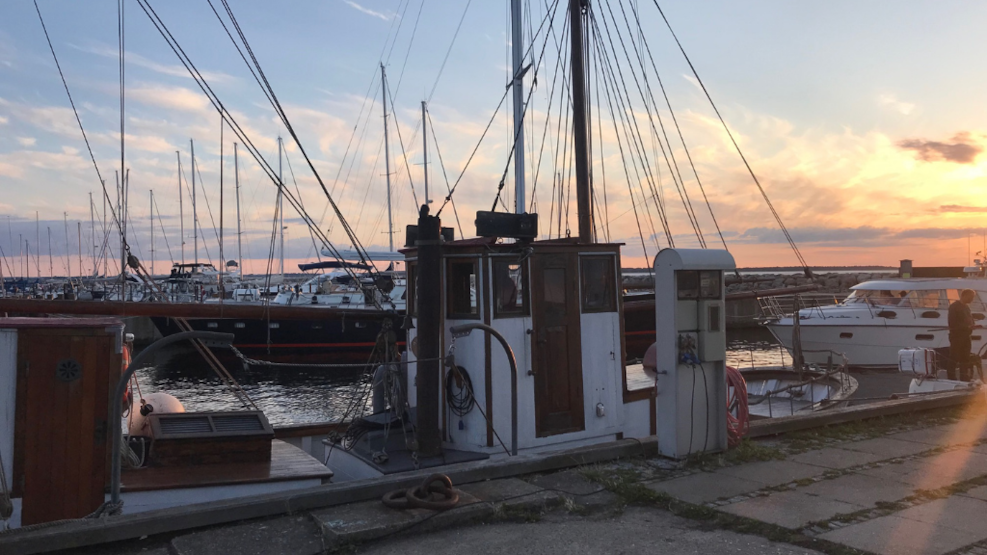 Experience Knud Rasmussen's galley Kivioq up close in Hundested Harbour. Kivioq was built for the Polarexplorer Knud Rasmussen and was his base on his last expedition in Greenland, the 7th Thule Expedition.

Among the ships at Hundested Harbour is Knud Rasmussen's expedition ship Kivioq.

Kivioq was built at the shipyard in Frederikssund in 1932-33 for what became the great polar explorer's last expedition, the 7th Thule Expedition.

Since Knud Rasmussen died in 1933, the ship has been owned privately and has been in several ports, including Nuuk and Gråsten. But on June 25, 2021, the ship arrived at Hundested Harbour, where the association Kivioq's Friends Hundested is now working to raise funds to take over the ship and turn it into a sailing museum, the spearhead for the upcoming Arctic Center and floating annexe for Knud Rasmussen's House on the high slopes furthest north in Hundested.

How large is the ship?

Up to and including 8 August 2021, the ship will be found on the berth behind Molich's Boatbuilding, Nordre Beddingsvej 25, where professional boat builders caulk the ship and volunteers paint the keel.

Kivioq is expected to be launched on Monday, 9 August 2021, after which you will be able to experience the ship up close and feel the buzz of history.

Where can you see the ship?

Kivioq will have a base in the harbour basin next to the glassblower Backhaus Brown's south-facing gable.