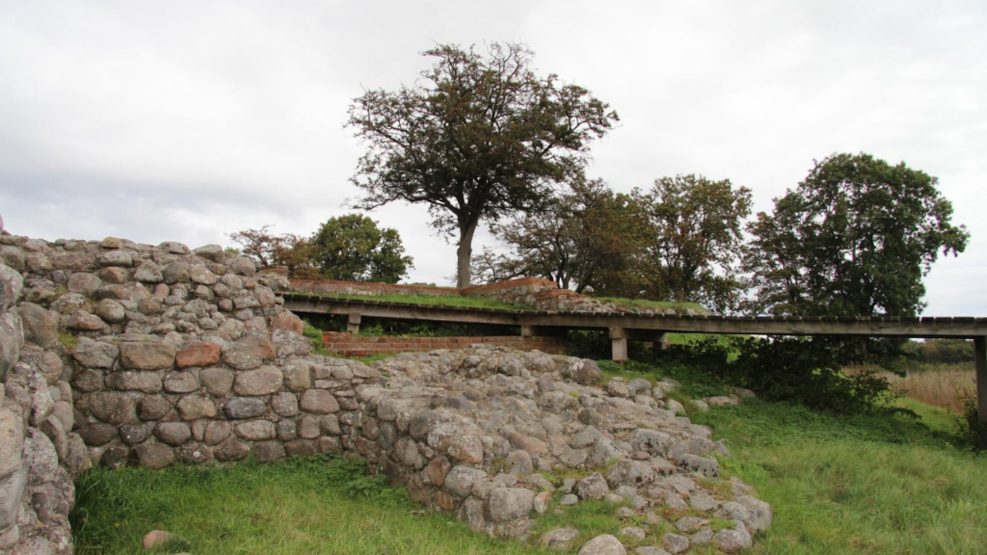 When cycling along Cycling Route No. 33, which runs between Gilleleje and Hillerød, you’ll pass Søborg Castle Ruin.

Søborg Castle dated to the 1100s when Archbishop Eskild erected the first castle, a fortification enclosed by a ring wall and moat. The court was one of Denmark’s most significant and best-fortified strongholds in the Middle Ages and was occasionally used as a prison.

Several kings have stayed at the castle for periods of time, and King Valdemar Atterdag’s daughter, Margrethe (later Queen Margrethe I of Denmark), was born at Søborg Castle. Located by the castle is a small market town, Søborg, whose large and monumental church is approx. 1180 is worth a visit. It was constructed as a town church adjacent to Søborg Castle. Søborg Sø initially located the castle itself; a lake drained in 1872-96 when a canal to Gilleleje was excavated.

From the autumn of 2023, the work of recreating Søborg Lake will be completed and the castle ruin will once again be reflected in the blue lake water. The area will be redesigned with new paths for soft road users, horses, bicycles and pedestrians.

You can cycle to the castle ruin along Route 33 between Hillerød and Gilleleje. If arriving by car, there is a small car park by Bygaden just outside the town of Søborg – an excellent destination for a picnic with family and friends. There are picnic tables and benches, BBQs and plenty of grass and boulders to sit on.