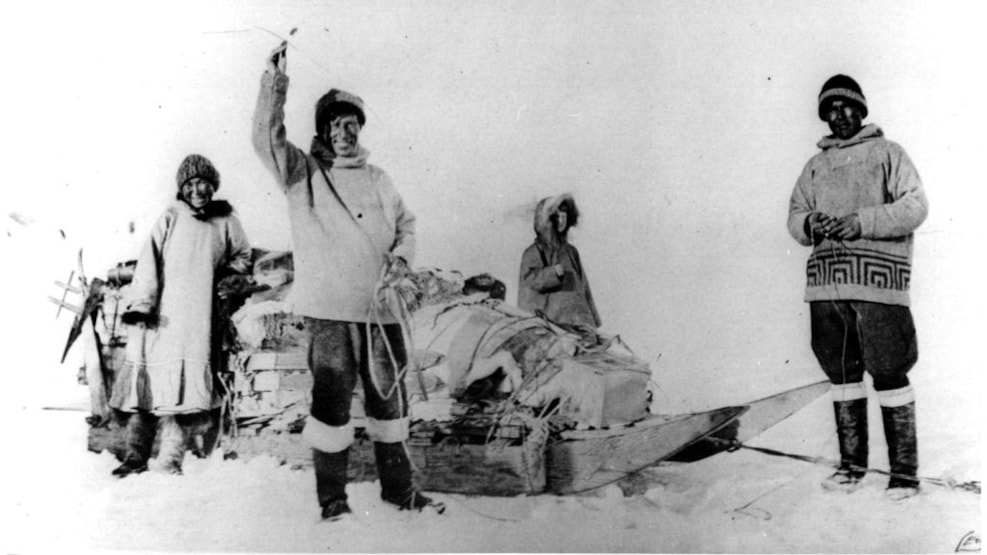 The special exhibition The Danish Island - 5th THULE EXPEDITION 100 YEARS in Knud Rasmussen's House in Hundested begins a four-year celebration of the 100th anniversary of the 5th Thule Expedition.

The special exhibition in Knud Rasmussen's House continues the celebration of the 100th anniversary of the 5th Thule Expedition.

In 1922, precisely 100 years ago, the expedition had established itself on a small desert island in Hudson Bay, which the participants had named the Danish Island. On the island, they had built the expedition's headquarters - the Bellows- to the best of their ability. They had to support the expedition by hunting for people and sledge dogs to survive from this point on.

In addition, sub-expeditions were conducted, conducting ethnographic, archaeological, cartographic and geological surveys. They visited the area's Canadian Inuit communities, with whom they lived and lived while collecting stories and ethnographic artefacts.

The expedition celebrated the 200th anniversary of Hans Egede's arrival in Greenland, and on that occasion, King Christian X was also the first regent ever to visit the country.

Knud Rasmussen's meeting with the royal family, a shipwreck and several tragic deaths were part of the dramatic beginning of the expedition, which after many efforts, could finally set up its base on Danske Ø. Here the participants built their headquarters to the best of their ability - a small wooden hut. Good reasons got the name Blæsebælgen.

Admission: DKK 75 for adults. Children and young people under 18 free