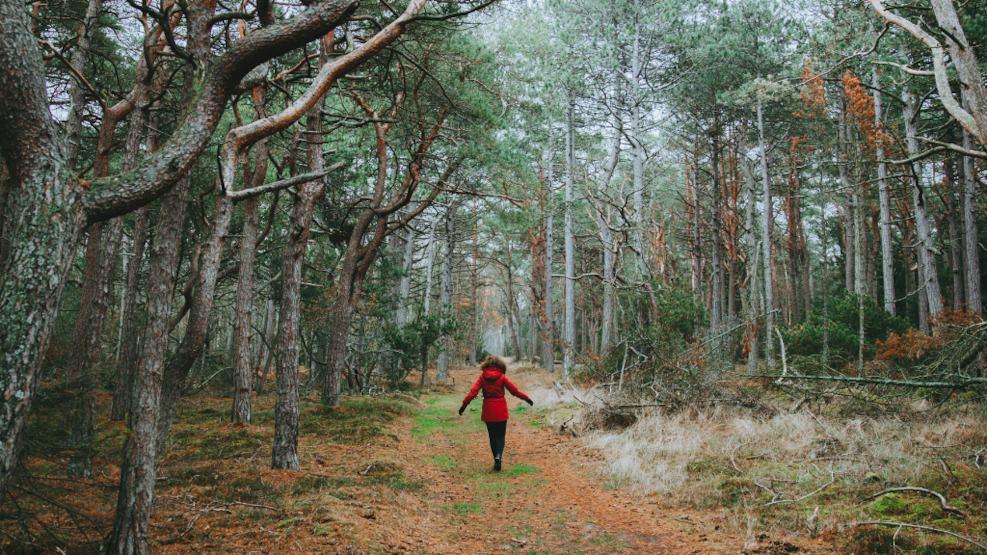 The crooked and gnarled old pine of the Troldeskov can be dated all the way back to the 18th century. As you move around the forest, you get the feeling of being part of an adventure.

Troldeskoven is part of the western part of Tisvilde Hegn, which stretches from Tisvildeleje along the coast to Asserbo Plantage. The oldest pine trees date from the last years of the 18th century, and it is believed that the strange shapes are due to a combination of the wind and attacks by pine worm larvae.

Troldeskoven was protected over 100 years ago and is today one of Tisvilde Hegn's biggest attractions. Troldeskoven is located behind the vast beach between Tisvilde and Liseleje. It is exciting to go on an experience among the many imaginatively shaped trees, and it is not difficult to imagine why this part of the forest bears the name Troldeskoven.

There are many imaginative stories about how and why the trees look the way they do. Still, like most things in this world, there is a rational explanation: The troll forest is a unique example of the impact of several circumstances on each other. At one point in the 19th century, the pine trees were attacked by the caterpillar of the pine cone, which feeds on hollowing out needles, shoots and buds on the trees.

The new shoots and branches, therefore, become soft and pliable. The strong winds from the Kattegat have probably shaped the young branches and shoots while they have been pliable, after which the trees are twisted into the twisted shapes we see today. The lean soil has probably harmed the health of the trees so that the pest infestations have been extra vital and to a greater extent than recurring infestations.

New self-sown trees are removed to preserve the Troll Forest so that the old pine trees can live as long as possible.

Troldeskoven and Tisvilde Hegn are part of the National Park Kongernes Nordsjælland. The national park covers 263 km2 and is the second largest in Denmark with lakes, forests, bogs, dunes, salt marshes, and UNESCO world heritage with Kronborg Castle and the Parforce hunting landscape in Hillerød.

You can see it in the area around Troldeskoven.

Both Troldeskoven and Tisvilde Hegn are favourite areas to cycle in. The large area, good paths and the fun-shaped trees make the trip an experience. You can ride both a mountain bike and a regular bicycle in the forest. If the journey is long, it is possible to rest or spend the night at the nature campsite.

How to get to Troldeskoven