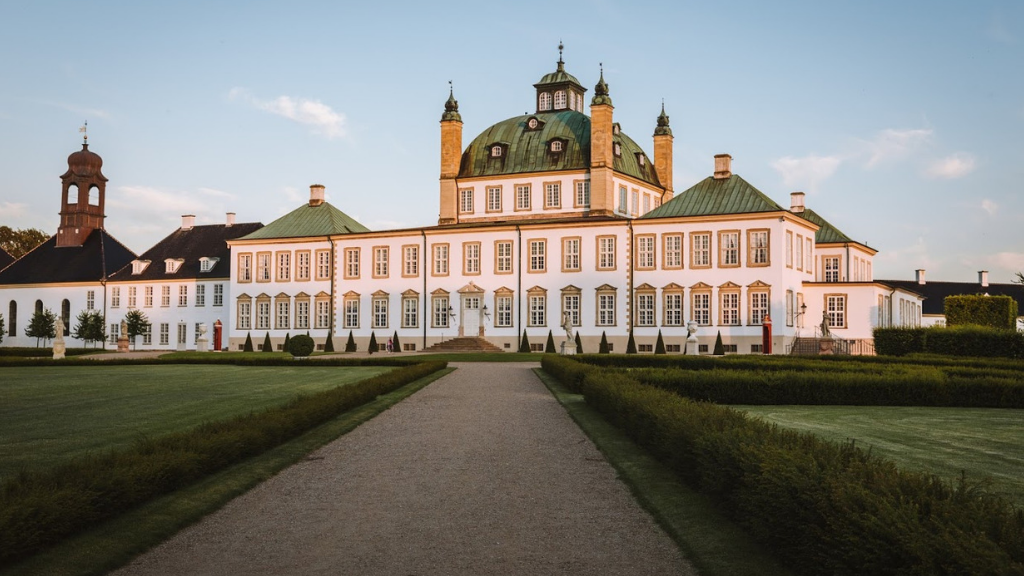 Fredensborg Palace is the regents most used residence. The beautiful 18th-century baroque palace was built as a hunting palace for Frederik IV and is today often the setting for large official state visits and family events in the royal family.

The Palace of Peace – Denmark’s Versailles

Fredensborg Palace, or as it translates into “the Palace of Peace” got its name as a commemoration of the ending of The Great Northern War in 1722, when the palace was built. The palatial complex was gradually constructed through the 1700s. It was designed by the best Danish architects of the time, J.C. Krieger, Nicolai Eigtved, L. de Thurah and C.F. Harsdorff. The palace and the palace garden as an entirety exemplify the French baroque style – and therefore the palace is often referred to as Denmark’s Versailles.

The palace is often the setting for important events in the royal family, including weddings, anniversaries and birthday parties. Here heads of state on official visits are received, and foreign ambassadors present their credentials to the Queen. It has been a long-held tradition for visiting state leaders to inscribe their names on one of the window panes of the palace using a diamond pen.

Fredensborg Palace’s garden is one of Denmark’s largest historical gardens. Long, straight avenues extend from the palace in a star formation, a characteristic of the gardens original French baroque style know from Versailles. Some avenues have recently been recreated, including Brede Allé which was opened in 2013 after an extensive restoration. On your visit to the beautiful garden, you will see numerous sculptures. In between the avenues you find large forested areas with twisting paths dating back to the end of the 1700s and mid-1800s, where almost all baroque gardens were converted to the Romantic style.

A part of the palace garden is reserved for the royal family, but in July and the first week of August, the garden is open to the public. Here you can, amongst other things, visit the herb garden, which provides fresh vegetables and flowers for the royal household, and the modern orangery, which was inaugurated in 1995.

The Norseman's valley and the Nordic people

A special experience in Frederiksborg palace is the Norseman's valley where 70 sculptures of Norwegian and Faeroese farmers and fishermen are presented. The valley was comprehensively restored and re-inaugurated in 2002.

During the same period, you can enter the Private Garden for free from 9.00 -17.00. The surrounding palace garden is open to the public all year round.