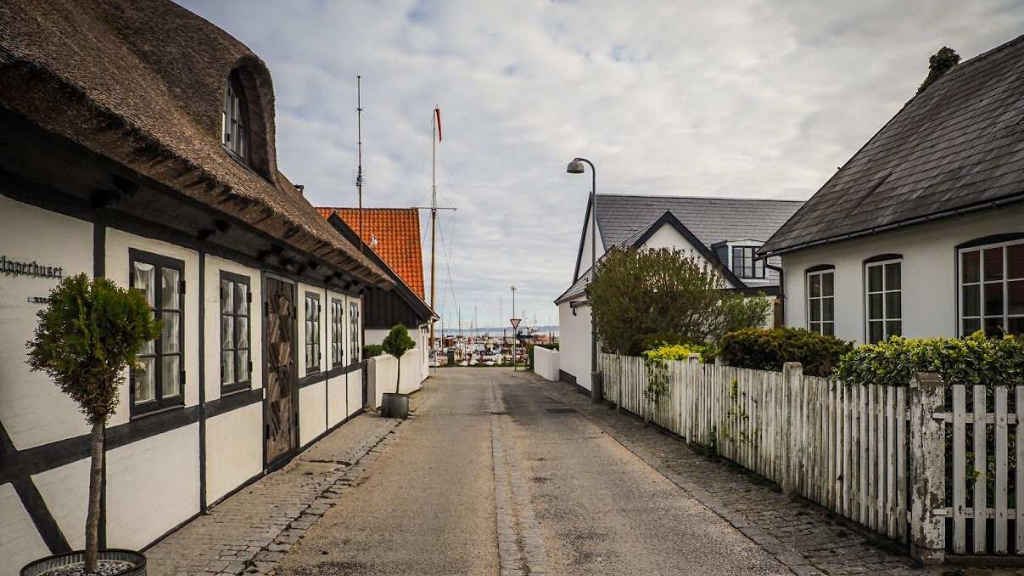 Join a guided city walk and hear about Gilleleje's exciting history in the old fishing village.

Gilleleje is the fishing and tourist town on the North Coast of Sealand. Built on sand and herring, the fishing village has a rich history, including piracy and shipwreck.

The town's fishermen built the first Protestant church in Denmark in the 1530s, and in a 14-day period, 1.300 Danes of Jewish descent to Sweden were rescued from the Gilleleje area.

All that and much more tells knowledgeable guides when in July and August there are city tours every Monday and Thursday in the Old Town. The trips last one hour and have a length of approx. one kilometre. It ends in Skibshallerne, the museum of life on the North Coast of Sealand from 1200 until today.

The Danish guides are Museum Inspector at Museum Nordsjælland Søren Frandsen, who lives in Gilleleje and has worked with Gilleleje's history for more than 40 years.

The English-speaking guide is an authorized tourist guide Lisa Tomlinson, who also lives in Gilleleje and otherwise speaks Danish.

The trip costs 75 dkk, and admission to the museum is included. Young people under 18 free.

The tours begin at the large anchor on Havnevej in Gilleleje - and end with a tour of the Ship Halls, which include one of Denmark's oldest boats for fishing from the beach. At the same time, it is the boat in Denmark that has earned the longest in fishing.