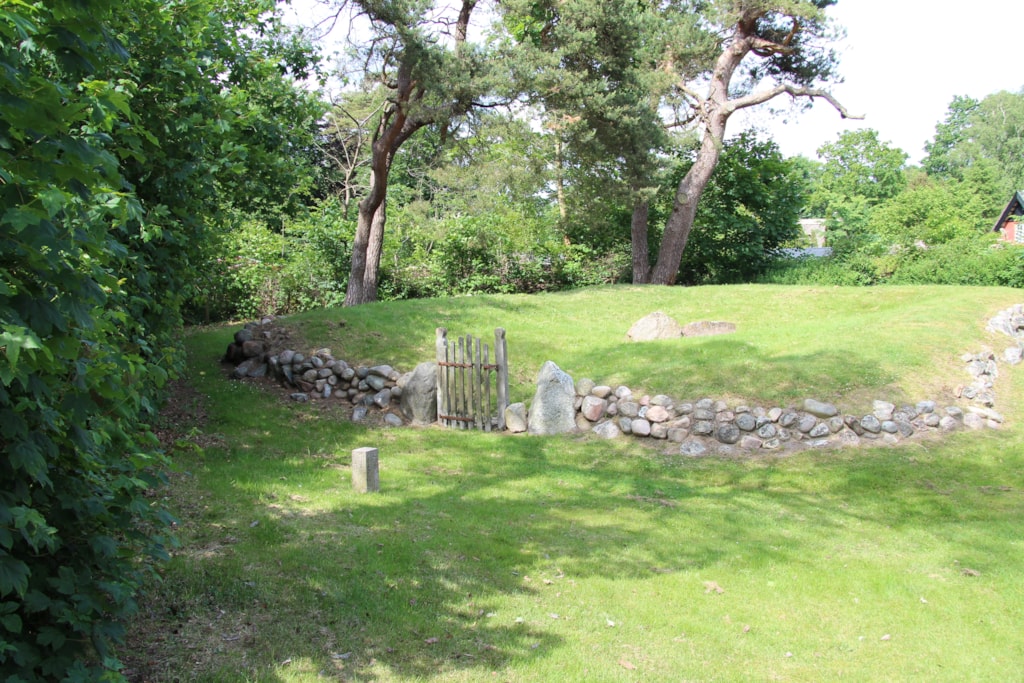 According to the legend, Helene was a devout Swedish girl who was attacked and killed by robbers. When they had thrown her body in the water at the Swedish coast, a big cliff rose up from the oceans depth and carried Helene's body over the ocean, where it drifted ashore in Tisvildeleje. When local farmers and fishermen would carry the body from the cliff to Tibirke Church to give it a Christian burial, there was a miracle and a gorge opened up at their feet. Fascinated by the sight they sat down the stretcher and a spring immediately appeared. However, on the road towards the church some of the men who carried her began to talk indecently, which led to that the stretcher with Helene sank into the ground, and she thereby got her final resting place only a few hundred meters from the shore.