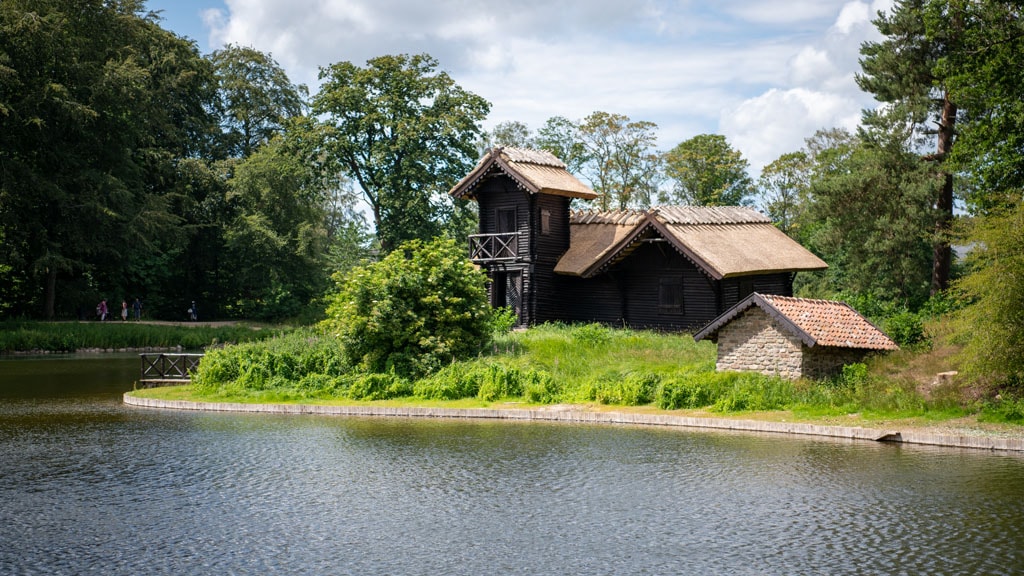 A little piece of Norway

When Frederik 7 made the romantic part of the castle garden, he established the lakes Badstuedammen and Ødammen, the last with an artificial island. At Louise's Island, he built a log cabin, a miniature of a Norwegian manor. The plantation on the island consists of pine and birch trees, to illustrate the Norwegian nature. The Norwegian theme was meant to recreate a small piece of lost Norway, that Denmark had to abandon in 1814.

The romantic part of the castle garden is inspired by English garden art, with winding paths and a return to nature. Part of the style is to create focus points in the garden, hence the Norwegian log cabin.

There is no public access to Louise's Island – which is true to the spirit of the place. The island was meant as a retreat for the royal couple. However, you can enjoy the view as an exciting and curious feature in the beautiful Frederiksborg Castle Garden.