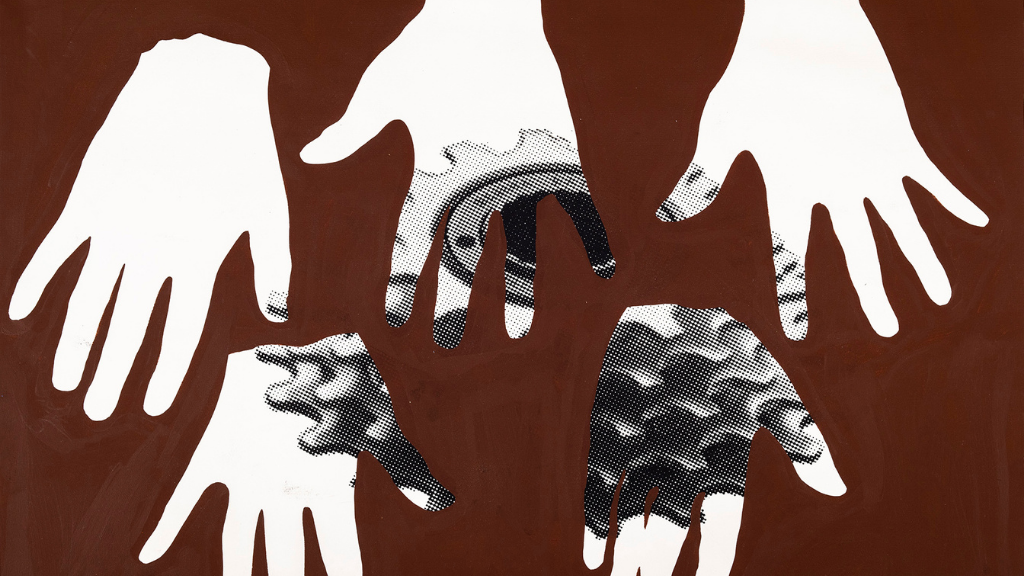 For the first time in Denmark, Louisiana introduces Nancy Spero, an American artist and feminist pioneer. She saw herself as a political artist who revolted against the rulers of the 1960s whether it was about war or women’s oppression. Nancy Spero was a co-founder of the female gallery A.I.R. in New York in the 1970s. See her art at the Louisiana Museum of Modern Art, 23 January - 21. juni 2020.

Nancy Spero was born in Cleveland, Ohio in 1926. After finishing her education at the School of the Art Institute of Chicago in 1949, she lived in Paris for a number of years on more than one occasion. In 1964, she settled in New York in a changed USA which had entered the Vietnam War.

Art as a political tool

Nancy Spero (1926 – 2009) was a political artist as well as an active political person breaking with the established  art scene. Her work hangs about the violence of her time: 2. World War, Vietnam War and oppression in the Third World.

Condemnation of the Vietnam War

In the 1960s, Spero took on the anti-war movement. She participated in various actions and engaged in groups such as ”Artists and Writers Protest Against the War in Vietnam”.

In the following years, the war became the most important theme in her art and in the period 1966-1970 she created the "War Series”  which is a series with more than 100 artworks uncompromisingly condemning the Vietnam War.

Concurrently, Nancy Spero worked with inspiration from the ancient cultures: long paper friezes  demonstrate processions of supernatural creatures, people fighting and making love, but always with the woman as the centre of the world.

Early in her career, Spero decided to work figuratively which was a break with the prevailing American world of art. She also dropped oil paintings as she connected it with a male dominated world and she cultivated paper as her preferred media – it was more fragile and less grandiose.

Her art only included women – as contemporary, historical and mythological characters. Her revolt against women’s oppression was extremely pronounced in her work. Men were excluded, both as motif and from the A.I.R. gallery in New York of which she was a co-founder.

A gallery for women only

In 1972, Nancy Spero founded the first non-profit gallery for women only together with five other women. The idea was to offer the female members the possibility to permanently be present in New York’s world of art. A. I. R. (Artists In Residence) still exists.

The exhibition demonstrates more than 40 years of Nancy Spero’s artistic production. This is the first time you can see her art in Denmark.