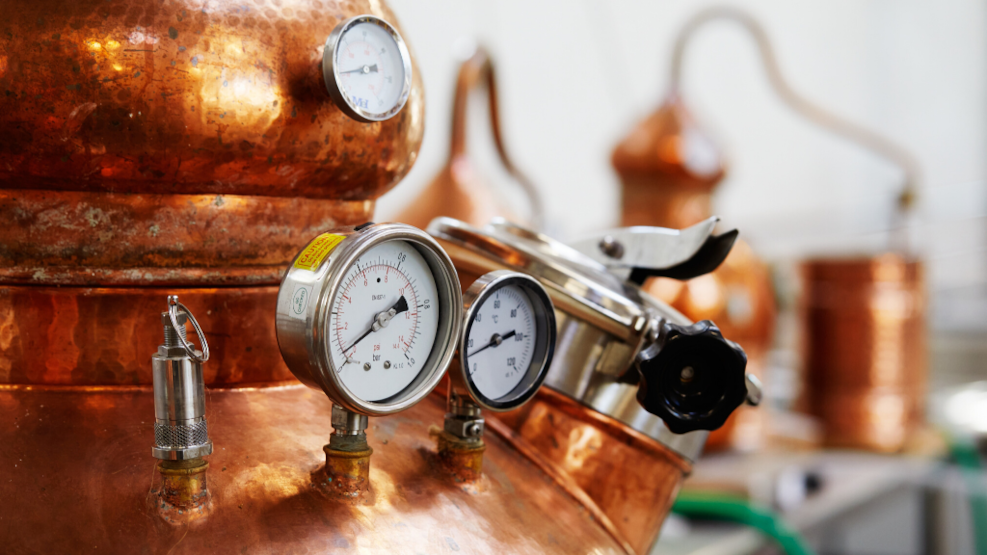 Thornæs Distillery is the first distillery in North Sealand that focuses on producing Danish single malt whiskey. The distillery is located on the farm Falkendal in Kagerup. The old horse stable has been furnished with a brewery, distillation boilers, barrel warehouse, farm shop, and a cosy tasting room with room for up to 30 guests.

The distillery started production in 2019 and is managed daily by the founder Torben Thornæs Andersen. Torben was originally university-educated in Danish language and literature. Still, after a career in the advertising and communications industry, he chose in 2018 to change tracks and pursue his dream of producing Danish whiskey.

An incredibly charming and rustic distillery has emerged from this, which today produces both single malt whiskey and several other spirits products, including gin and snaps.

A Craft Distillery with a focus on quality and unique products

Thornæs Distillery is a so-called Craft Distillery. In short, this means that the distillery's equipment mainly consists of simple boilers and tanks that are operated manually using valves and relays. It is the job of the boiler attendant - or still-man, as it is called in the technical language - to open and close all the right places so that production runs as it should. To ensure consistently high quality, the still-man must also add taste buds to several tastings when the good spirits are to be separated from the bad ones. But that person probably survives.

Thornæs Distillery arranges guided tours several times a week, where those interested can get up close to Danish spirits production and taste some of the distillery's products. The tour provides a unique insight into the work processes needed to turn water, yeast, and malt into whiskey.

In the farm shop, which is together with the tasting room, you can buy all the distillery's current products and other goods and gift items relating to the whiskey and spirits universe.

As the name suggests, the farm Falkendal is located in an area where many falcons have bred over time. It still does, as do owls and eagles. On the farm, hay, straw, and grain have been grown for decades, and there have been both horses and cows, even though it has been a few years since. On the main house, you can see the inscription "1943" above the door, but the number alone indicates the year for a significant renovation. The farm's history stretches further to the latter half of the 19th century.

From the distillery, there is a fantastic view of Gribskov and Solbjergengsø, both of which are part of the national park Royal North Sealand. If you take a view over the landscape, you will often spot birds of prey, large flocks of migratory birds and deer that creep out of the forest edge.

The animals are lured by the lake, but it probably also helps that the farm owner lays out carrots in the winter season to ensure enough food for the local population. The distillery also contributes to the welfare of the animals when the remaining mash, which is a residual product from the mashing of the whiskey malt, is sprinkled on the forest edge. Then the animals can be allowed to mash themselves.